Other meetings and online webinars

Our NVF webinars continues and we are pleased to inform you that this month on the 15th of December, 4PM, we have two speakers from Groningen, Prof. Martina Schmidt and PhD candidate  Naďa Majerníková. 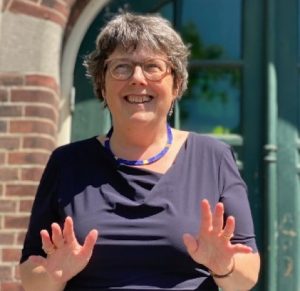 Title: Pharmacological targeting of nanocompartments in COPD and Alzheimer’s disease.

Abstract: Chronic diseases afflict millions of people of our worldwide aging society causing individual suffering and an enormous economic burden on our health care system. Chronic obstructive pulmonary disease (COPD) and Alzheimer’s dementia are common chronic diseases threatening the world population. COPD and Alzheimer’s dementia show tissue degeneration, inflammation and oxidative stress. Environmental stressors such as air pollutants and smoke are traditionally linked to COPD. Recent research had shown that people living in highly polluted areas have a higher risk in developing Alzheimer’s dementia. Despite the global impact of COPD and Alzheimer’s dementia, there have been very limited breakthroughs in our understanding and insights into the underlying mechanisms into their causes, treatment or cure. Clustering of cyclic nucleotide (and calcium) signaling in defined subcellular compartments/microdomains (signalosomes) has developed as a promising route to pursue to shed light into the mechanism enabling cells to exert their highly specialized tasks. Drugs used to alleviate COPD and Alzheimer’s dementia symptoms are beta-agonists and phosphodiesterase (PDE) inhibitors. The molecular drug targets of these drugs – beta-adrenergic receptors and PDEs – are key players in compartmentalization. Our research team enrolled unconventional compartment players such as A-kinase anchoring proteins and exchange proteins directly activated by cAMP, and yet to be further characterized targets. We showed that endogenous signaling properties of these multi-protein complexes define drug action – processes being disturbed under disease conditions. To increase the probability to reprogram these multi-protein complexes and to subsequently restore their cellular function, we used approved drugs in combination with novel druggable components to achieve direct pharmacological targeting of nanocompartments. Our concept potentially not only holds for COPD and Alzheimer’s dementia but also for other chronic diseases.

I reach out to colleagues – both at university and company settings – to share knowledge, tools and compounds to develop novel compartmentalized treatment strategies. 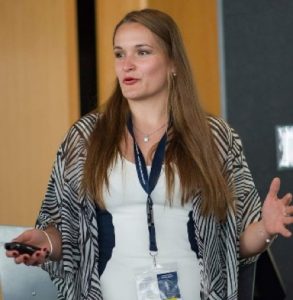 Abstract: Alzheimer’s disease (AD), the most common form of dementia, currently affects 40–50 million people worldwide. Despite the extensive research into amyloid β (Aβ) deposition and tau protein hyperphosphorylation (p-tau), an effective treatment to stop or slow down the progression of neurodegeneration is missing. Emerging evidence suggests that ferroptosis, an iron-dependent and lipid peroxidation-driven type of programmed cell death, contributes to neurodegeneration in AD. Therefore, how to intervene against ferroptosis in the context of AD has become one of the questions addressed by studies aiming to develop novel therapeutic strategies. However, the underlying molecular mechanism of ferroptosis in AD, when ferroptosis occurs in the disease course, and which ferroptosis-related genes are differentially expressed in AD remains to be established. Our objectives are to 1. analyze which ferroptosis-related genes are differentially expressed in AD brain dependent on cell type, disease progression and gender, and 2. to compare the expression of ferroptotic markers between a) white and grey matter, b) Aβ versus non Aβ areas containing areas and c) high p-tau versus low p-tau-related areas of human post-mortem brains. Future studies should focus on developing new tools able to demonstrate where and when cells undergo ferroptosis in AD brain and build more translatable AD models for identifying anti-ferroptotic agents able to slow down neurodegeneration. 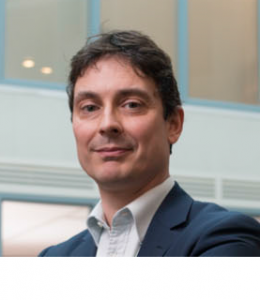 Aging is the single largest cause of disease in economically advanced societies. Cardiovascular disease is strongly represented in this context. Non-atherosclerotic vascular aging is a growing topic, its implications in health and life span being increasingly appreciated. This used to be a problematic filed of research due to the lack of convenient methods. In recent years I have developed mouse models to explore this type of vascular aging, namely by partial inactivation of DNA repair in vascular cells. Persistent activation of DNA damage response leads to accelerated development of aging features independently from the presence of risk factors. In my presentation I will illustrate how this impacts cardiovascular function in comparison to the typical risk factor-induced problems.  Also, I will show how my lab has identified relevant drug targets using accelerated vascular aging mice.

Very recently I have developed an interest in redox regulation, and I am trying to develop this as a research line, again placing drug development center stage. My lab does not have all the required experience and facilities to examine important aspects of redox regulation, and I kindly invite anyone skilled for collaboration. Furthermore, we are collecting tissues continuously and I would be happy to share tissues with anyone who is interested.

Title: Pharmacological targeting of tissue remodeling and repair in the respiratory tract.

My current research interests are focused on mechanisms that regulate structural remodelling and repair of the airways and lung parenchyma in asthma and COPD. Identifying novel therapeutics for chronic lung disease is my long-term scientific goal. In this endeavour, I focus my work on the one hand on asthmatic airway remodeling, and in particular on the regulation of this pathological process by cholinergic receptors and the airway cholinergic system. Using in vivo and in vitro models the aim is to unravel the muscarinic receptor subtypes and signaling involved. Moreover, we are interested in the mechanisms that regulate plasticity of the airway neural network in asthma for which we recently established stem cell-derived airway cholinergic neurons. A second focus of my work is regenerative pharmacology of the distal lung in COPD and IPF. Here, my research interests are mainly centered around the function and dysfunction of distal lung stem cells/progenitors in health and disease. In particular, I am interested in understanding progenitor cell-niche interactions in disease as a potential background for the discovery of novel drug targets. In my presentation, I will shortly discuss both research lines and invite collaboration in each of these areas.

Deadline for abstract submission is 15 April 2021

Due to the current corona virus situation, this meeting has been postponed to 7-9 April 2021, at Stadsgehoorzaal, Leiden 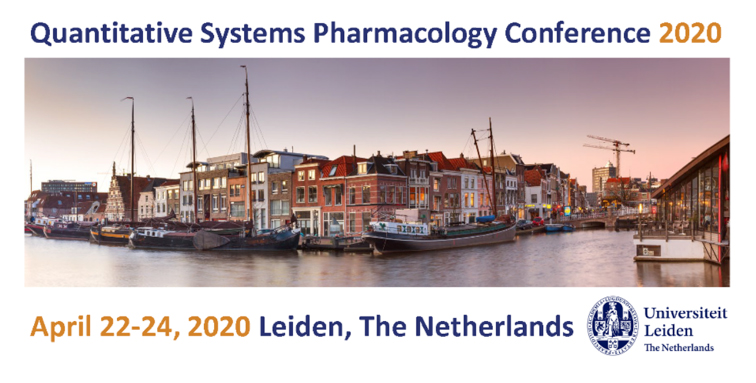 We are proud to announce that the program for the Quantitative Systems Pharmacology Conference 2021 (QSPC2021) is now available on our website: https://www.qspc.eu/qspc2020/wiki/452397/program.

QSPC2020 will be held in the historic city center of Leiden, the Netherlands on April 7-9, 2021. The focus of QSPC2020 will be on emerging computational and experimental approaches in the field of quantitative systems pharmacology and mechanism-based or physiologically-based PK and PK/PD. The meeting will include plenary lectures by both established and young scientists, poster presentations, and ample opportunities for networking.

For registration please visit: https://www.qspc.eu/qspc2020/subscribe. Note: the number of participants is limited to 500, and registrations will be on a first-come, first-served basis.

Also, we now invite the submission of scientific abstracts for poster presentations, of which some will be selected for flash presentations as part of the plenary sessions.

We look forward to welcome you in Leiden!

The Netherlands Society for Biochemistry and Molecular Biology (NVBMB) Spring Symposium ‘Mitochondrial physiology and pathology‘ in Nijmegen has been postponed till the spring of 2021. The Westenbrink prizes of 2018/2019 and 2019/2020 will be handed out during this meeting.

More information can be found here.