This year of 2021, the laureate is Prof. dr. Margareta Hammarlund-Udenaes. She is a Professor of Pharmacokinetics and Pharmacodynamics at Uppsala University, Sweden, since 1999. Her Ariens lecture is entitled: “From ligand-receptor interactions to whole-body pharmacokinetics – and back. On tissue uptake and the importance of unbound drug concentrations”. 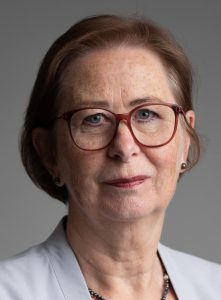 Margareta has supervised 19 PhD’s and published more than 130 original articles, and was Editor of the book Drug Delivery to the Brain – Principles, Methodology and Applications (Springer, 2014; 2 nd Ed 2021). She was the Dean of the Faculty of Pharmacy in Uppsala 2017-2020. She became a Fellow of the American Association of Pharmaceutical Scientists in 2005 and an Honorary Member of the Swedish Academy of Pharmaceutical Sciences in 2016. She is a former Associate Editor of Pharmaceutical Research, former EAB member of the Journal of Pharmaceutical Sciences and presently an EAB member of Fluids and Barrier of the CNS. She was the Chair of the Gordon Conference on Barriers of the CNS in 2014 and of the 8 th International Symposium on Microdialysis in 2016, and is co-organizing the 14 th Cerebrovascular Biology meeting to be held in Uppsala 2023. Main scientific interest is drug delivery to the brain, based on PK-PD principles with a translational perspective. This is a critical area for pharmaceutical research, because of the severe limitations imposed on the development of drugs for the CNS by the blood-brain barrier (BBB). The work to date has revealed the basic relationships of BBB function and brain physiology regarding the transport of exogenous compounds and has provided a new understanding of how drugs are handled by the BBB and the brain. Disease influence and the role of nanodelivery on BBB transport of drugs and peptides are also investigated.

In 2020, the laureate was Prof. dr. Malcolm Rowland. This Ariens lecture was entitled: “Physiologically-Based Pharmacokinetic modelling”. 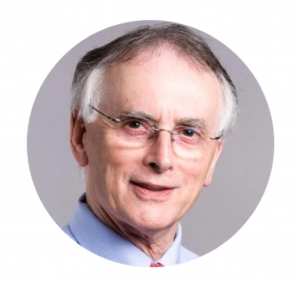 Malcolm Rowland is member and former director (1996-2000) of the Centre for Applied Pharmacokinetic Research, University of Manchester, U.K, and Adjunct Professor, Department of Bioengineering and Therapeutic Sciences, University of California San Francisco (UCSF). He was President, EUFEPS (European Federation for Pharmaceutical Sciences,1996-2000); and a Vicepresident FIP (International Pharmaceutical Federation, 2001- 2009). Dr. Rowland has been a frontrunner in basic and theoretical aspects of pharmacokinetics, especially physiologic pharmacokinetics. His main research interest is physiologically based pharmacokinetics and its application to drug discovery, development and use. He is also strongly associated with clearance concepts in pharmacokinetics. Author of over 300 scientific articles, and co-author, with Dr. TN Tozer, of the textbooks: Clinical Pharmacokinetics and Pharmacodynamics: Concepts and Applications, and Essentials of Pharmacokinetics and Pharmacodynamics. He served as an editor of Journal of Pharmacokinetics and Pharmacodynamics (1973-2007), and since 1977 has organised regular residential workshops in pharmacokinetics. He has been awarded honorary doctorate degrees from the Universities of Athens (Greece), Poitiers (France), and Uppsala (Sweden), and Honorary Membership, Royal College of Physicians (London). Despite his retirement, he is still active in the field and a true inspiring mentor to all his (former) students and colleagues. Analogous to professor Ariens, Malcolm Rowland combines basic pharmacological science with clinical concepts.

In 2019, the laureate was Dr. Steven Hill. This Ariens lecture was entitled: “Fluorescent ligand and NanoBRET approaches to study target engagement and ligand-binding kinetics at GPCRs and RTKs”. 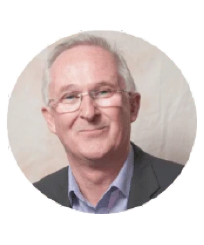 Professor Steve Hill is Professor of Molecular Pharmacology in the School of Life Sciences, University of Nottingham. He is also Co-Director of the new University of Birmingham and University of Nottingham Centre of Membrane Proteins and Receptors (COMPARE] and President of the British Pharmacological Society. Steve obtained his first degree in pharmacology at the University of Bristol and his PhD (pharmacology) at the University of Cambridge. His research has concentrated mainly on the molecular pharmacology of cell surface receptors (particularly G protein-coupled receptors [GPCRs] but more recently receptor tyrosine kinases). Currently, the emphasis of his work is on the study of ligand-receptor interactions in membrane microdomains of single living cells using a variety of fluorescent imaging techniques including fluorescence correlation spectroscopy, confocal imaging and resonance energy transfer techniques. In particular, he is interested in the cooperative interactions (positive and negative) between the protomers of receptor dimers, the influence of small molecule allosteric regulators on orthosteric ligand binding and signalling and the potential for protein-protein interactions between receptors and associated signalling proteins to convey signalling bias. He joined the University of Nottingham in 1981 and was subsequently promoted to Reader (1989) and Professor of Molecular Pharmacology (1995). In 1997, he became Director of the Institute of Cell Signalling and in 2008 Head of the School of Biomedical Sciences (until 2013). He was a founding director of the University of Nottingham spin-out company CellAura Technologies Ltd that provided fluorescent ligands to the scientific community until it was acquired by HelloBio in 2014.

His work is currently funded by BBSRC, MRC and the EU ITN ONCORNET. Steve is an Adjunct Professor at the University of Western Australia. He was recently awarded the 2018 Vice Chancellor’s Medal from the University of Nottingham.

Below you will find a link to the list of previous Ariens Awards winners.