The first objective of the Dutch Pharmacological Society is to facilitate Dutch research as well as the education in the use of drugs. The research covers the broad area from molecules, via cells, organs and organisms to populations. The Society wants to stimulate and facilitate national and international networks and collaborations in these areas. For that reason it develops activities that aim at exchanging knowledge and methodologies. Furthermore, it has the objective to promote the visibility of the discipline, both nationally and internationally. 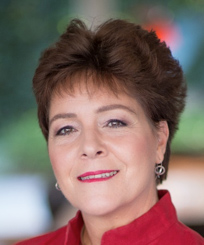 Elizabeth has a clearly visible and original personal line of research and is one of the few in the world that is able to perform and bridge advanced preclinical experiments, analytical techniques and mathematical modelling. This is a unique approach to build robust mathematical models for the prediction of (particularly CNS) drug effects in human, which is the ultimate aim of her research. Elizabeth underscores that there is still the need for using animals in drug research, but is very concerned about their inefficient and repeated use, and advocates the use of the Mastermind Research Approach (de Lange, 2013) by which knowledge obtained from animals can be stored in mathematical models, such that generic insight in pharmacology and disease is gained and the use of animals will be substantially reduced. A recent highlight is the CNS physiologically-based pharmacokinetic model that is able to predict the pharmacokinetics of a drug at multiple physiological compartments in the CNS, on the basis of drug properties and in vitro/in silico data only, without the need of animals (Yamamoto et al, 2018). 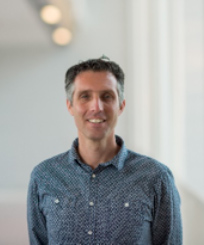 Rick Greupink is an Assistant Professor and member of staff at the department of Pharmacology & Toxicology, Radboud university medical center, Nijmegen. His research focuses on the mechanistic aspects of drug disposition and toxicity, in particular the pharmacological roles of drug-transporting membrane proteins, their impact on the clinical pharmacokinetics of drugs, involvement in drug-drug interactions, as well as roles in drug-induced toxicity. Current focus is on the placental disposition and effects of small and large molecule pharmaceuticals. Dr. Greupink obtained a MSc in pharmaceutical sciences and was trained as a pharmacist (PharmD) at the University of Groningen. He obtained a PhD in Pharmacokinetics and Drug Delivery from the same university and further specialized as a pharmacologist during postdoctoral fellowships in both clinical as well as pre-clinical settings in pharmaceutical industry and academia. He is a registered experimental pharmacologist with the Dutch Pharmacological Society. At Radboud university medical center, dr. Greupink is a member of the educational program committee of the Biomedical Sciences curriculum and he lectures in pharmacology and pharmacotherapy in the curricula for Medicine, Dentistry and Biomedical Sciences. 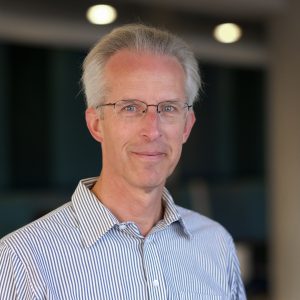 Dr. W. Matthijs Blankesteijn studied Biology and Chemistry at the KU Nijmegen (now Radboud University). He obtained his PhD from the same University on a dissertation entitled ‘Beta-adrenergic receptor function and regulation in hypertension’. He currently is associate professor of Pharmacology and principal investigator at the Cardiovascular Research Institute Maastricht, Maastricht University, the Netherlands. His main research focus is on signaling mechanisms controlling the remodeling of the heart in response to a pathological stimulus such as pressure overload or ischemia. In this context he discovered the role of WNT signaling in processes associated with cardiac remodeling such as fibrosis and angiogenesis. With his co-workers, he has developed a collection of peptide fragments of WNT to act as inhibitors of the signaling pathway. Studies from his group and others have shown that pharmacological inhibition of WNT signaling has a beneficial effect on infarct healing, resulting in smaller infarcts and a better preservation of cardiac function. The activation of cardiomyocyte regeneration in the border zone has recently been proposed as a potential underlying mechanism, which would be in line with the well-established role for WNT signaling in the control of stem cell differentiation. A better understanding of the mechanisms of cardiomyocyte regeneration and the development of interventions that can stimulate this process has the potential to change the therapy of cardiac diseases form the current treatment of symptoms (‘care’) towards actually addressing the underlying problem (‘cure’). Other projects that are currently running in his group are on the role of WNT signaling in vascular calcification and on WNT signaling in the crosstalk between oligodendrocytes and endothelial cells in a context of cerebral small vessel disease. 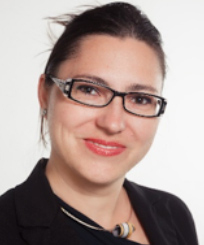 Amalia Dolga is an Associate Professor and a Rosalind Franklin Fellow at the University of Groningen, Department of Molecular Pharmacology. Dr. Dolga earned her Ph.D. (cum laude) at the Rijksuniversiteit Groningen in The Netherlands. She worked on TNF neuroprotective pathways in the central nervous system in the laboratory of Prof. Ulrich Eisel and Prof. Paul Luiten. Her postdoctoral training was performed in the laboratory of Prof. Carsten Culmsee at the University of Marburg, Germany, where she identified potassium channels in mitochondria; moreover, she demonstrated the functional relevance of these potassium channels in several models of oxidative stress and ischaemia. In 2013, she began the ‘Habilitation’ programme, which she completed in less than two years, receiving the right of ‘ius promovendi’. Also, she was awarded a DFG grant; and an innovation award to study optogenetics at the University of Marburg. In 2015 Dr Dolga received the prestigious Rosalind Franklin fellowship, allowing her to start her own research group in neuroscience at the Groningen Research Institute of Pharmacy in Groningen (GRIP), the Netherlands. Currently, together with her group, she investigates how modulation of potassium channels and mitochondrial function affect the pathological markers of Alzheimer and Parkinson disease. These projects are funded by Alzheimer Nederland and ParkinsonFonds.

The research program of her group is focused on the following themes: 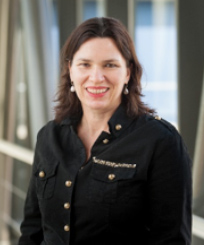 Antoinette Maassen van den Brink is Associate Professor of Pharmacology at the Erasmus MC, Rotterdam. Her research focuses on the neurovascular aspects of migraine, with a special interest in the role of sex hormones.